We the people of Gov’t Taco, in order to form a more perfect taco…

establish Flavors, insure fresh Ingredients, provide for the tastiest consumption, promote the general Food Scene, and secure the Blessings of Tacos to ourselves and to Posterity, do ordain and establish this Taco Shop in the name of Gov’t Taco.

Gov’t Taco began as a resolution to create modern American tacos for a community yearning for more options. Founding Father Jay Ducote decided to take the initial steps by signing on as the first food vendor in the impending revolution known as White Star Market. Gov’t Taco got its name because of its home in Louisiana’s capital city, its placement on Government Street, and from Jay’s desire to finally put his two political science degrees from LSU to use in a way that can make everyone happy: tacos.

Gov’t Taco made a name for itself originating pop-ups at breweries and distilleries, catering weddings and festivals, and bringing the show on the road from Texas to Washington DC starting in 2016. In May of 2018, the doors opened at the mid-city Baton Rouge food hall to much fanfare and early success. Gov’t Taco won Best of 225 “Best Tacos at a Local Restaurant” in 2019 and 2020 based on its food hall location. In March of 2020, with the onset of the COVID-19 Pandemic, White Star Market closed its doors forever.

Fortunately construction had already begun on a new, stand-alone Gov’t Taco location, and on Election Day, November 3, 2020, we reopened at 5621 Government Street. Equipped with a full bar, expanded menu, more government conspiracies than we could count, Gov’t Taco has not slowed down. In 2021 we won Best of 225 “Best Tacos at a Local Restaurant” for the third year in a row as well as “Best New Restaurant” for our new location! Jay is a radio host, television personality, writer, speaker, and entertainer. He earned a bachelor’s degree in economics in political science and a master’s in political science from LSU, but now he has found a way to eat and drink for a living. Jay finished runner-up on Food Network Star’s 11th season, Beat Bobby Flay at a crawfish boil in 2019, and has cooked at the historic James Beard House in NYC twice. Find out more at jayducote.com. A New Orleans native, John was born and raised in the heart of one of the country’s most treasured culinary cities. As Gov’t Taco’s General Manager, he brings 15 years of service industry leadership to the table. John is passionate about delivering dining experiences that exceed expectations and keep customers coming back for more. True to his Southern roots, his favorite dishes include seafood gumbo, shrimp & grits, and bread pudding. And, if you ever find yourself at a loss for what to order at Gov’t Taco, John’s go-tos are the savory Steak of the Union coupled with an ice-cold Mandatory Evacuation. 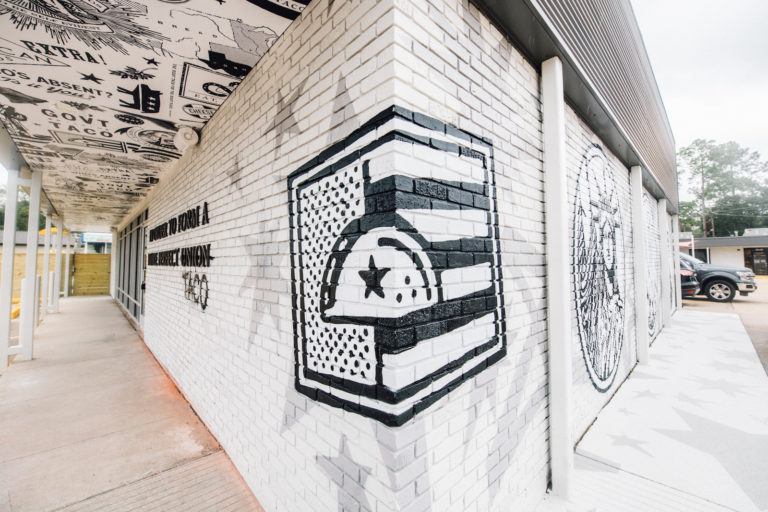 dID YOU KNOW WE HAVE A REWARDS PROGRAM??